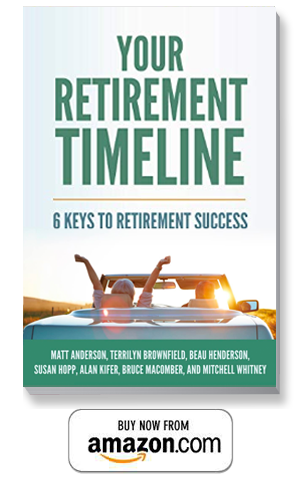 There is an ever-growing problem with retirement planning in America and it isn’t just about the money. Never before have we experienced such large numbers of our population reaching this transition point. Due to our increasing life expectancy, this demographic will spend more time post-career than any other generation before it. The Boomer generation is also first to retire with limited or no pension benefits, having to rely instead on the value of their 401(k)s or IRA. Meanwhile, interest rates have plummeted, healthcare costs are rising, and extreme market volatility is the new normal.

The reason? Education. Retirement plan participants are feeling less confident in their ability to make good financial decisions; at the same time, financial stress is high at 49 percent.

People want to be educated about their retirement plan options, but they don’t know where to turn to for good advice. Never before have American workers had to negotiate the landmines of investment risk, income options, taxes, and Social Security, not to mention the mental health aspects of longevity and long-term care. Future and current retirees are relying on their insurance agent or advisor to help them make these decisions, but are these professional acting in their best interest?

Eighty-three percent of investors surveyed say no—they feel that their best interests come secondary to corporate profits and broker compensation. So overwhelmed are they by all these considerations, a lot of people choose not to provide their own proper oversight and in many cases, they do nothing.

We saw a great example of this with the most recent stock-market downturn where investors and future retirees had no idea how much they were at risk. Many of them lost large portions of their retirement savings. Some were forced to delay retirement or even worse, had to re-enter the work force after having been retired because their investments saw a bad year.

The bigger, underlying problem is that the focus of retirement planning is based solely on money—the funds that are supposed to provide the idyllic lifestyle we’ve always envisioned. It’s not that this lifestyle isn’t possible; it’s that there’s more to it than just the money. There are many other aspects to consider before retirement readiness and fulfillment are possible, and many of these considerations have nothing at all to do with the value of your 401(k) or even your average interest rate.

It might be easy to ignore these decisions, to put off making the hard choices and having the uncomfortable conversations, but depression during retirement is real. Men in their middle years represent 19 percent of the population, and yet they account for 40 percent of the suicides in this country. We’ve seen a sharp rise in suicides among white, American males since 1999, an increase of 20 percent—or about half a million lives cut short. What’s even more alarming is that the risk of suicide for retired men isn’t something they age out of; rather, the suicide rate among men ages 65 and older is even higher.

After spending a lifetime developing an identity for themselves, an identity focused around career and means of income, retiring without planning properly—financially, socially, and mentally—can be a great shock to the system. For these reasons and more, it is vital to pay attention to the six topics outlined in this book and examine how they relate to your situation. The consequences for not addressing these topics and not having the proper assistance from a qualified retirement coach could be catastrophic, not just to your portfolio, but to the lives of the people you most love. There is a retirement literacy problem in America.

Our mission is to make sure you have the information you need to plan your financial future and live your entire life with independence and dignity. You have worked hard all your life so let’s make sure you enjoy the benefits you have earned.

We are standing by to help and the sooner you start the better your golden years will be. Contact us today to receive your free information on how you can “Win The Retirement Wars”

With so many issues to deal with as I approach retirement, this is a really great resource. It addresses more than just money!

Read more
A valuable tool in determining the path forward to a successful retirement. Whether you are just starting out, nearing retirement, or already retired, this book lays out very helpful guidelines in an an easy to understand format.

Great read! It’s very informative! I like how it breaks it down into your timeline and depending on what your needs are going to be in retirement it gives you a guide of what steps to take now!!